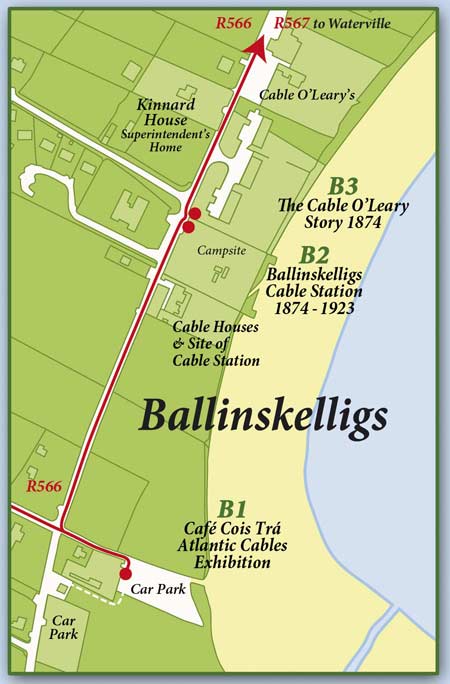 Google map of the Ballinskelligs area 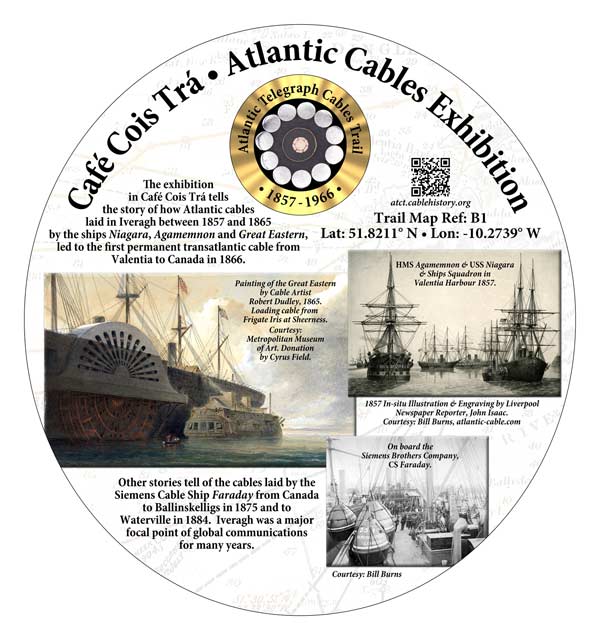 The exhibition in this beach café tells the story of the Atlantic Cables of Iveragh, from the first failed attempt out of White Strand, Cahersiveen in 1857 (C1) to later cables from Valentia, Ballinskelligs and Waterville. 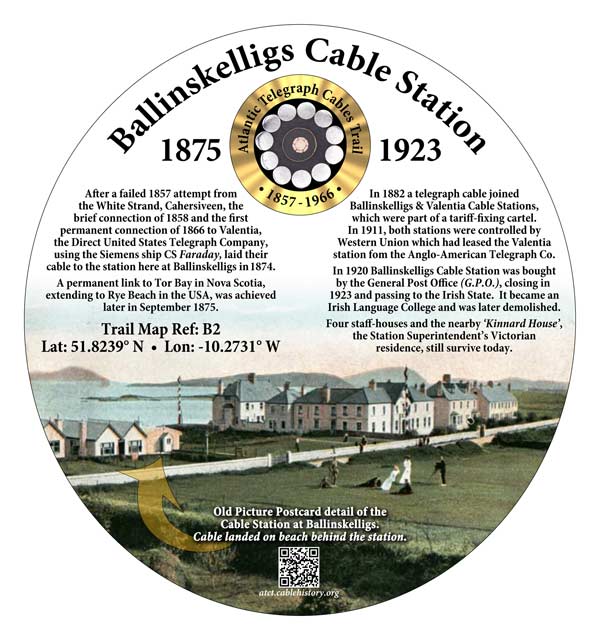 After failed, short-lived and finally successful efforts to lay transatlantic cables from Iveragh (C1, V3, V4, V10, V11), the Direct United States Cable Company, using the Siemens ship Faraday, laid a cable from Ballinskelligs to Rye Beach (USA), via Nova Scotia.  A section of the cable was laid in 1874 from Ballinskelligs, as was the Nova Scotia-USA link, but because of problems at the western end of the cable in late 1874, the main Atlantic run to Nova Scotia was not completed until September 1875.  The station later became part of a monopoly which included the Valentia Cable Station, with which it was connected by cable.  It closed in 1923 and passed to the Irish State.  The station building became an Irish Language College and was later demolished. The Superintendent’s home and other buildings survive nearby. 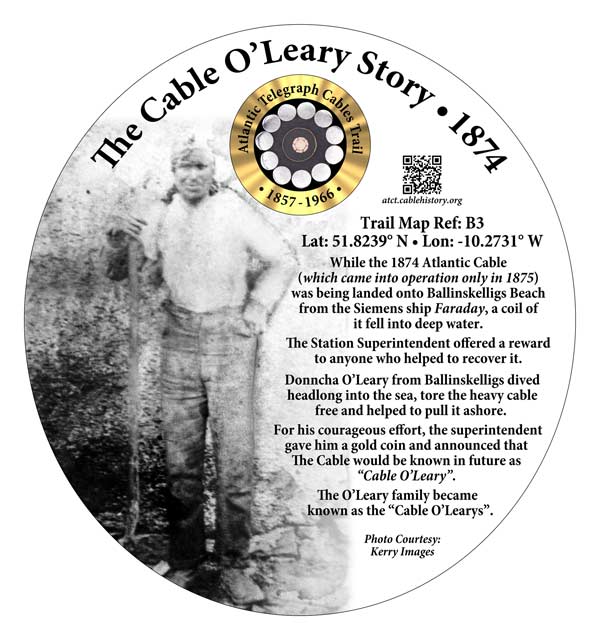 During the landing of the 1874 Ballinskelligs Atlantic Cable a coil of it fell into deep water.  For his role in recovering the cable and pulling it ashore Donncha O’Leary was given a gold coin and the cable was named “Cable O’Leary”.  The O’Leary family became known as “The Cable O’Learys”.