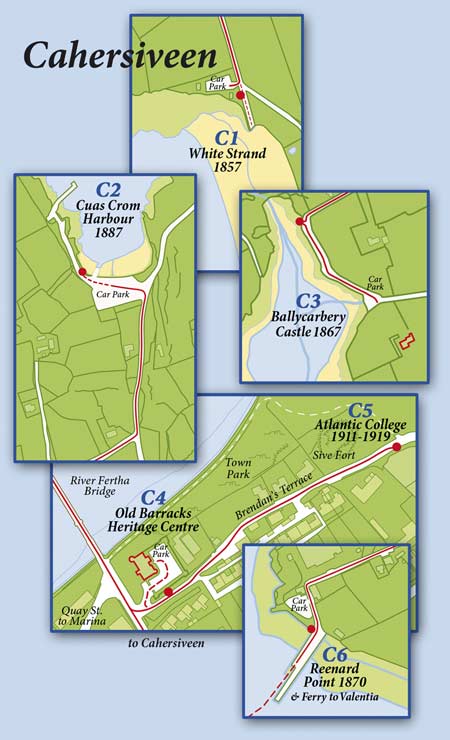 Google map of the Cahersiveen area 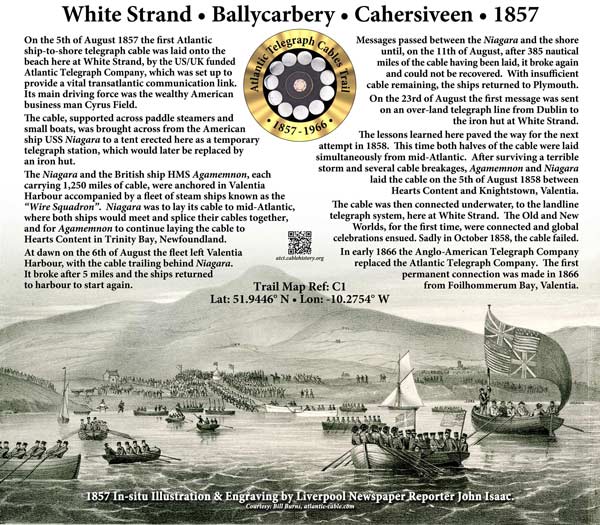 On 5th August 1857, in a joint UK/US venture, the shore-end of the first Atlantic cable was laid onto the beach here from USS Niagara, which, with HMS Agamemnon, was trying to lay a cable to Newfoundland. The venture failed when the deep-sea cable broke.  Lessons learned here paved the way for a briefly successful cable between Newfoundland and Knightstown, Valentia (V3, V4) in 1858 and the first permanent connection from Heart’s Content, Newfoundland to Foilhommerum Bay, Valentia (V10, V11) in 1866. 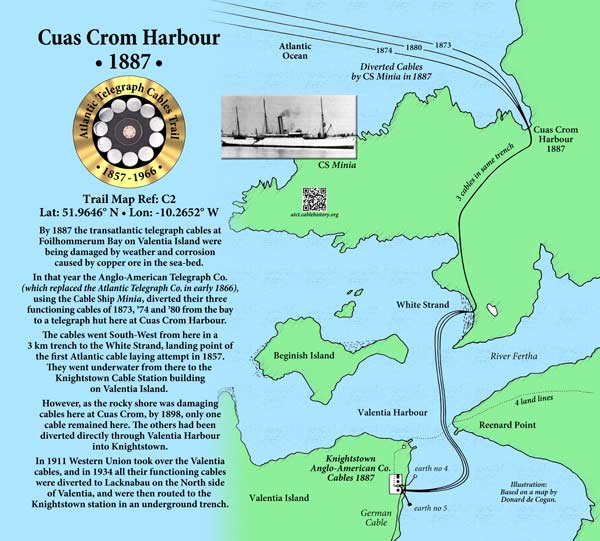 In 1887 cables suffering damage at Foilhommerum Bay, Valentia (V10) were diverted through here and the White Strand (C1) to the cable station at Knightstown (V1).

In 1867 a green flag on the castle was the signal for Iveragh Fenians to assemble for the planned Rising and to attack the Cable Station at Foilhommerum (V11). HMS Gladiator in the Bay deterred the attack. 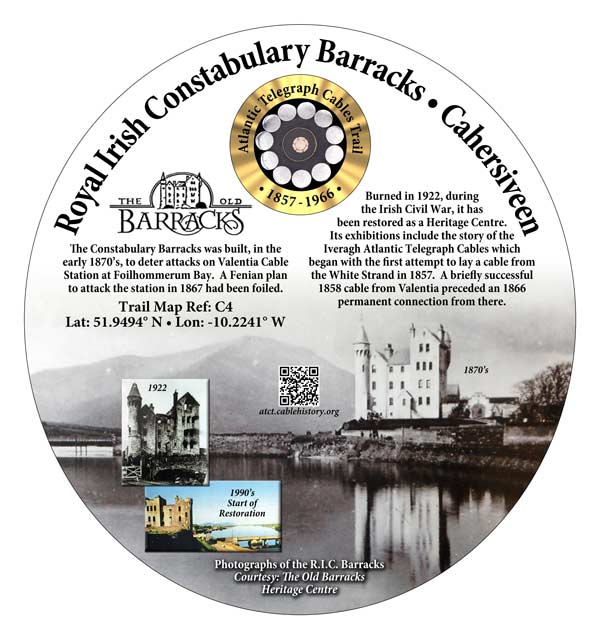 The new Constabulary Barracks in Cahersiveen was built in the 1870s to deter attack on the Cable Station at Knightstown (V1).  It is now a Heritage Centre.  An Atlantic Telegraph Cables display is planned. 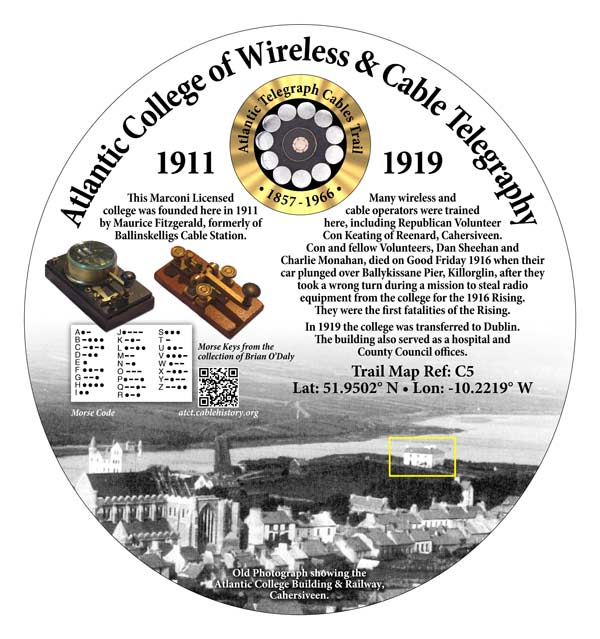 This college trained wireless and cable operators, including Republican Con Keating of Reenard, Cahersiveen, who died along with two comrades in 1916 in a failed attempt to steal radios from there for the Easter Rising. 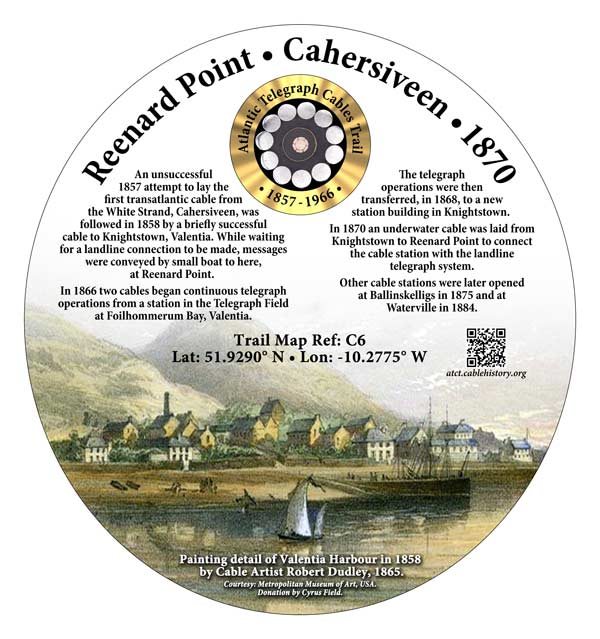